You are here: Home

Different Series in the Aura-Edition 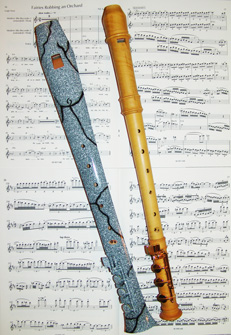 Play-alongs of rock and pop music

It is still rare to find original pop and rock style music, which focuses on the recorder, in editions of printed music. The Cd ‘Kaleidoscope’ by Vintgar, featuring almost exclusively songs and instrumentals by Nik and Aleks Tarasov, provides an opportunity to publish the recorded music as play-alongs in two volumes. These contain the main recorder part in notation and the licence to download the original accompaniment of the Cd. The music can be played on traditional recorders, varying from soprano to bass. However, for some pieces a Modern Harmonic recorder, or the ‘Elody’, may be the more satisfying instrument due to their extended range and sound. The repertoire ranges from easy to difficult and provides ideal practice and study material in this genre. 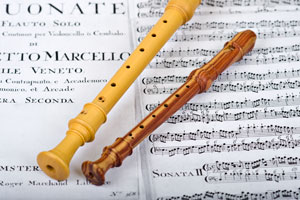 There are already thousands of pieces available for traditional recorders. This series of the Aura Edition aims to extend the traditional repertoire further through the distribution of previously unpublished pieces, including original works, transpositions and arrangements (for example, of original works for csakan and flageolet also published in editions parallel to this series). 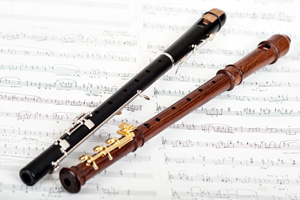 Modern Harmonic Recorders have been available since 1995; as all-purpose instruments in C, F and G they represent developments of the traditional recorders. Their characteristics include a longer bore and a footjoint with at least two keys. Most recorders of this make also have an extended range of a semitone below the existing lowest note. They have been voiced in such a way that they allow for creative flexibility in expression and response across an extended range. The third octave uses logical fingerings and plays easily due to the harmonically overblown first register notes. These properties offer the player the opportunity to considerably extend the limits of the previously existing repertoire. The increased volume allows for greater support in blowing thus making it easier to play together with other modern instruments. This series of the Aura-Edition has been dedicated to the special properties of these instruments and provides suitable repertoire. 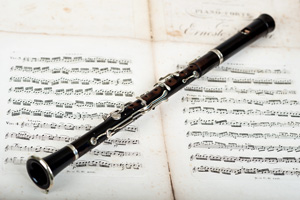 The Csakan is an early romantic recorder that was developed in the Austro-Hungarian Empire shortly after 1800. It has the range of a mezzo-soprano with lowest note A-flat1 and was used as a solo instrument.  It was a transposing instrument, with the music notated in C; like the recorder it had a thumbhole and seven finger holes. At first it only had one additional key but soon seven or more keys became standard. Several makers now offer copies of csakans in A-flat. This series has been dedicated therefore to the publication of original music and suitable arrangements in original keys. Some of these works are also available, in transposition, in the respective series for the traditional recorder.

Info: If you are looking for a modern copy of a Csakan, you will be able to find information about the instrument at www.csakan.de.

The flageolet is a recorder-like instrument that appeared in different models around 1800. The four most important types are: the French flageolet (with two thumb-holes and four tone-holes on the front; the English flageolet (with one thumb-hole and seven tone-holes on the front, functioning like a recorder but fitted with a windcap; the Patent versions of the English flageolet (with thumb-hole, seven tone-holes on the front – but with the tonic on the second step, semitone on the seventh step, using the first tone-hole for overblowing, and fitted with a windcap); and lastly the Patent flute flageolet (functioning in the same way as the Patent version of the English flageolet but without the thumb-hole). All flageolets are essentially 4-foot register instruments, sounding an octave higher than the written music. Over time more and more keys were added to the instrument; the French flageolet was eventually fitted with the Boehm mechanism as standard. Not many copies of these instruments are currently available; however, quite a few original instruments are still around and in playable condition. Music for flageolet was usually written at sounding pitch, so most of these pieces can be played on soprano (descant) or sopranino recorders.